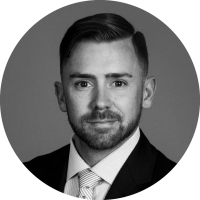 12 South, the Nations, East Nashville, Wedgewood-Houston, Germantown, SoBro, the Gulch, you name it. Nearly anywhere you go in the city, you will find Nashville’s solution for the 100 people a day that move to Nashville, the tall and skinny’s. But have you ever stopped to ask why? Why have developers flocked to a type of housing development that sounds like the latte you get from your local barista every morning?

Why do we have these things in Nashville?

The long and short of it is this: with the city population growing at such a staggering rate, currently, there aren’t enough homes in Nashville for everyone, and developers had to get crafty. Enter stage right, infill zoning development and the birth of the Nashville’s “tall and skinny” housing market. Infill zoning development allowed developers to provide housing for the mass influx of residents, by increasing the housing densities in desirable areas. In the infill development process, developers buy a parcel lot with one home, demolish that home, divide the lot into multiple parcels, then build multiple homes on those new parcels on that same lot. This development process results in the construction of “tall and skinny” homes.

The Creation of the Tall and Skinny – The house, not the latte

Now enter, the Horizontal Property Regime. Tall and Skinnies and HPRs go together like your latte and everything bagel. One [should] not exist without the other. HPRs allow developers to engage in infill development; construct the tall and skinnies; and, all the while, protecting new co-owner’s property rights by delineating private and common elements through the establishment of a homeowner’s association to hold co-owners accountable to a set of rules and restrictions which keeps the homes (private elements) and surrounding land (common elements) marketable.

Why is that important? General common elements within an HPR provide each co-owner with the same equal ownership interest and right to use and access of the land. Limited common elements grant the sole use of a general common element, for instance the area in front of a co-owner’s home (their front yard), to one specific co-owner although, by definition, still providing each co-owner an equal ownership interest. And private elements (a co-owner’s home and the land beneath it) are solely owned by the co-owner who retains the entire interest in the element.

Just be aware when buying a home

What does this mean for you? It means a smaller yard and less yard work, a closer proximity to urban districts and hang outs, denser communities with increased social experiences, and, as with many tall and skinny’s, a private rooftop patio or longue area to entertain your guests.

So, if you’re already thinking about taco Tuesday’s on your new rooftop patio, or if you are interested in learning more about HPRs, reach out to Collins Legal, PLC.

A lot of clients ask about what paperwork or permits they need to rent out their home on Airbnb, VRBO, HomeAway or any other site. Knowing that you have to get a permit, what are the steps?...

5 Reasons You Need a Real Estate Attorney in Nashville

In our last blog, our team broke down the latest property development craze, affectionally known as the “tall and skinnies”, taking over Nashville, Tennessee. Now, having a general understanding...

The team at Collins Legal is elevating the standard of the legal industry. If you’re wanting to work with us, we’d love to hear from you.